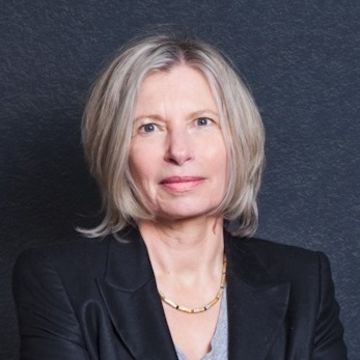 Professor
Professor Keppler hast retired since winter term 2020 and will be able to be contacted via eMail only.
Profile
E-mail: keppler uni-mannheim.de
Photo credit: Simon Fessler

From 1998 to 2002 Angela Keppler was spokeswoman of the section Media and Communication Sociology in the German Society of Sociology and from 2005 to 2009 a member of the Council of the German Society of Sociology. From 2007–2014 she was a member of the staff of the Institute for Social Research at the Goethe University Frankfurt/M., of which she is still an associate scholar. Since 2011 she has been an associate member and since 2015 Principal Investigator of the Cluster of Excellence “The Formation of Normative Orders” at the Goethe University. Several times between 1996 and 2004 she was visiting professor for methods of interpretative social research at the Institute of Sociology at the University of Vienna. From 2004 to 2012 she held various guest lectureships at the Universities of Basel (Institute for Media Studies) and Lucerne (Institute for Sociology). Since 2011 she has been a visiting lecturer at the Heinrich Böll Foundation.