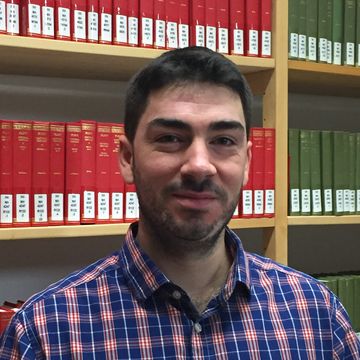 Alexander Meeus is a postdoctoral scholar (Akademischer Rat) in the department of Ancient History: he researches and teaches ancient Greek and Roman history. After obtaining his PhD at the University of Leuven (Belgium) in 2009, he has held postdoctoral positions in Leuven and at the University of Wales Trinity Saint David (Lampeter, UK), and lectured at the Radboud University (Nijmegen, the Netherlands). He came to Mannheim in September 2015.

His main research interests are ancient historiography – with particular attention for historical methods, history and society, and the understudied author Diodoros of Sicily – and Hellenistic history, focusing especially on international politics and the nature of kingship. He is also very interested in the role of inscriptions and coins as direct primary sources for the ancient world, and in the theory of history.