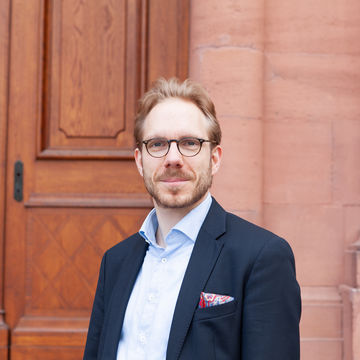 His research focusses on the philosophy of Immanuel Kant, Gottfried Achenwall, and Thomas Reid as well as on early-modern moral, legal, and political philosophy, in particular on Enlightenment natural law. In his doctoral dissertation, Martin Brecher has prepared a comprehensive study on Immanuel Kant's marriage law (supervision: Prof. Dr. Christoph Horn, Bonn). He is also interested in the philosophy of antiquity and in current practical philosophy.

During his studies, Martin Brecher was supported by the German National Academic Foundation (Studienstiftung) and during his doctorate by the Cusanuswerk. For his master's thesis on the moral philosophy of Thomas Reid he received the ‘Kant Award’ of the Department of Philosophy at the University of Bonn in 2010.

In addition to his teaching and research activities, Martin Brecher is responsible for academic advising and serves as departmental manager of the Department of Philosophy.