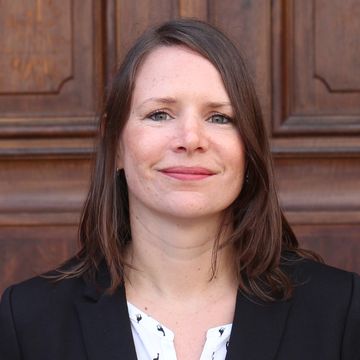 Katharina Motyl is Postdoctoral Researcher at the chair of American Literary and Cultural Studies (A III). She obtained her PhD in American Studies at the John F. Kennedy Institute of Freie Universität Berlin in 2013, after completing her MA in American Studies, International Relations, and Journalism at Universität Hamburg in 2009. She has held appointments as visiting scholar at University of California at Berkeley, University of Southern California, and New York University.

She is the author of With the Face of the Enemy – Arab American Literature since 9/11 (Campus / Chicago UP), and currently conducts a second-book project on the interaction of legal, medical, and cultural discourses on drug use and addiction among social minorities from the Early Republic to the 'War on Drugs.' Besides the research interests engaged in these two book projects (Arab and Muslim American identities; the 'War on Terror'; Gender Studies; Native American Studies; African American Studies; American Realism; poetry; visual culture; Law and Literature; Medical Humanities; Posthumanism; Postcolonial Studies / Decolonial Critique), her work is concerned with African American literary negotiations of the idea of Black freedom, the cultural history of failure in the U.S. as both an outcome of structural inequalities and as a strategy of resistance, as well as questions of how knowledge production in the U.S. and Germany can become more diverse and how critical diversity literacy may be fostered in higher education.

At Universität Mannheim, she is counselor for the minor (Beifach) in English for students of Wirtschaftspädagogik (B.A. / M.A.) Representative courses she has taught at Universität Mannheim include “Drugs and Substance Dependence in the U.S.,” “(Neo-)Slave Narratives,” “Arab and Muslim American Literature” and “Film Studies.”