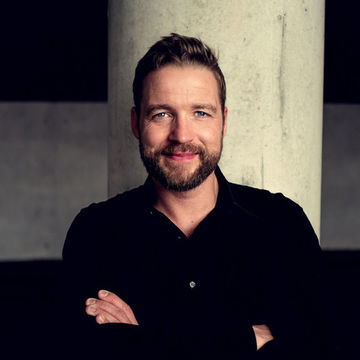 Jan D. Kucharzewski is Postdoctoral Researcher at the chair of American Literary and Cultural Studies (A III). After completing a master’s degree in English/American Studies, Medieval English Studies, and Media Studies at Heinrich-Heine University Düsseldorf, he was a research assistant at the Chair for American Studies at the University of Düsseldorf, where he received his PhD for a thesis on the relationship between American literature, literary theory, and the natural sciences with a particular focus on the novels of the contemporary American author Richard Powers.

His current research project titled “Once More into the Fray: Hunters, Sailors and the American Liminal” examines the function of liminality in discourses of hegemonic U.S.-American masculinity since 1800. Situated on the nexus between literary studies, film studies, cultural studies, and history of ideas, the project demonstrates how a predominant ideal of normative masculinity and a corresponding notion of national identity are associated with permanent states of transition and conditions of crisis. This thesis of an ‘American Liminal’ as a decisive catalyst of hegemonic identities is particularized through discussions of fictional representations of hunters and sailors as paradigmatic figures of liminality in American literature and in American film.

Other focal points in his research and teaching are American literature of the 19th and 20th centuries, contemporary literature, gender studies and cultural studies, as well as the connections between modernist poetry and American philosophy.