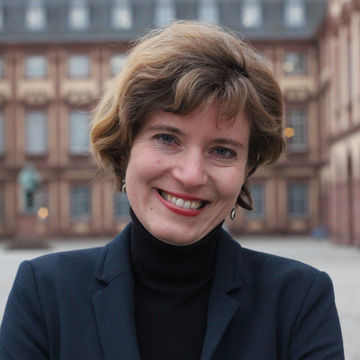 Caroline Lusin has held the Chair of English Literary and Cultural Studies at the University of Mannheim since the year 2015. She did an MA in English and Slavonic studies at the universities of Heidelberg and St. Petersburg and completed her PhD on Virginia Woolf and Anton P. Chekhov in 2007. Her research for her post-doc project on Anglo-Indian life-writing led her to spend several months in London and Cambridge, funded by the German Research Foundation (DFG). In her research, she chiefly focuses on the 21st-century British and Irish novel as well as on contemporary British drama and television series. Besides, she is particularly interested in the literature of the British Empire and the literary relations between Russia and Britain since the early 20th century. Her teaching covers all periods of British literary history, with a particular focus on the time from the 19th century onwards as well as on the present.