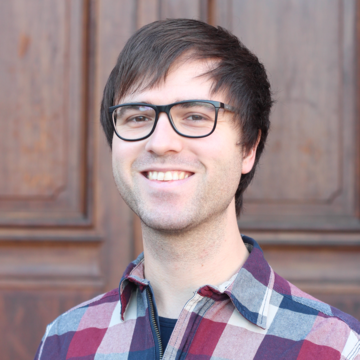 Stefan Benz is an academic staff member and doctoral student at the University of Mannheim’s chair of American Literary and Cultural Studies. He studied English and History at the University of Mannheim and Swansea University, Wales. His dissertation („Posthumanist Readings of the Poetry of Diane di Prima, Michael McClure, and Philip Whalen“) investigates the resonances between critical posthumanism and the poetry of Diane di Prima, Michael McClure, and Philip Whalen, evincing how these poets reconceptualize central dualisms of humanist thought as well as categories such as the human, nature, and the self.  Other research interests include the study of contemporary song lyrics, the relationship between poetry and the political as well as ecocriticism. Funded by the DAAD, he spent a research semester at Wayne State University, Detroit, Michigan, USA, conducting research into the reception of Alfred North Whitehead’s philosophy in Beat Literature under the supervision of Professor Steven Shaviro. He has taught a variety of introductory courses, classes that explore specific topics, e.g. “Religion and Spirituality in US American Literature and Culture,” and courses that foreground a cultural studies perspective, such as “Detroit in Literature, Music, Art, & Film.”