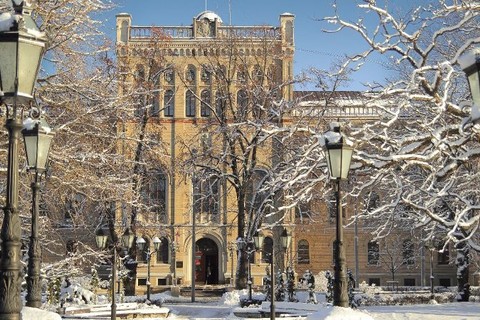 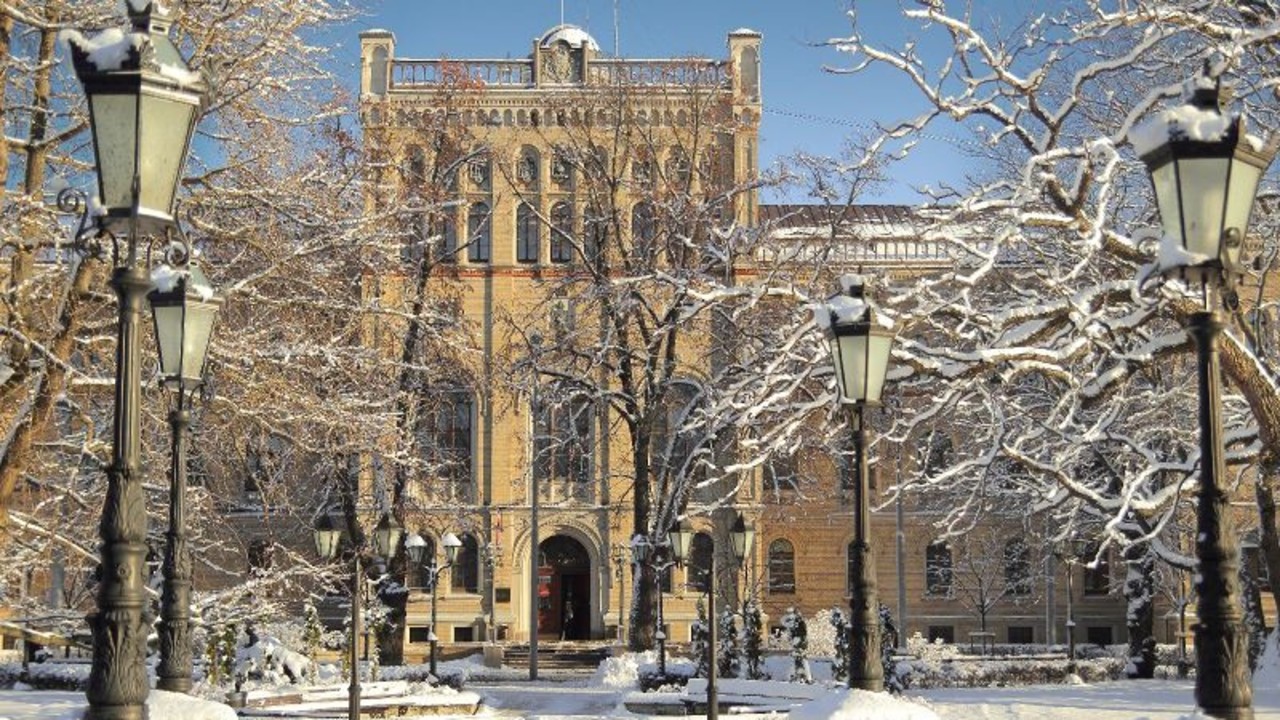 Laipni lūdzam Latvijas! – Welcome to Latvia at the University of Latvia!

Have you ever heard of the University of Latvia? In fact, with its outstanding reputation, the University of Latvia (UL) is one of the most popular universities in Europe. In Latvia, UL is the university with the highest number of students (28,000). Almost 1000 international students decide to study at the university every year. Especially because of the wide range of studies and the environment of UL, the university is very popular among applicants. If you are interested in Latvian culture, you will be enthusiastic about the extracurricular activities offered by UL. For example, UL has 10 choirs, several folk-dance groups, a student theatre, and an orchestra. The sports teams at UL also offer a lot of variation. Among others, there is a basketball, floorball, football, volleyball, and cheerleading team. So, there is something for everyone, whether you just want to cheer or actively participate.

Riga is the capital of Latvia and with its 630,000 inhabitants the largest city in the country as well as in the entire Baltic region. So, if you want to experience the Latvian big city flair up close, you are in good hands here. Due to the fact that the city was built as early as 1150, the buildings have a unique architecture that is more than worth seeing. In the old town there are several monuments, which were influenced by romanticism, gothic, and baroque. In the centre of the city stands, among other things, the 42.7-meter high Freedom Monument, which is a symbol of independence. Also particularly fascinating are the facades of the Art Nouveau buildings along Albert Street (Alberta iela), which attract many people with their luxurious appearance.

Those who want to spend a semester abroad at UL should pack warm clothes for the winter months, as there could be some very severe sub-zero temperatures and snowfall.

The exchange is possible for the Master of Philosophy program, who can do their mobility module there at the Department of Cognitive Science and Semantics, and open for the Bachelor of MKW program.

More information about the University of Latvia can be found here.

Riga is not only a beautiful city, but within a few hours you can also be in many other European capitals, such as Vilnius, Tallinn and Helsinki, all of which are worth a visit. Plus, you get to experience the four seasons in full intensity. In winter, it doesn't snow chunky flakes like it does in Germany, but powdery fine dust that like glass crystals in the ice-blue sky. The spring is bursting with blossoms and – as my as my Latvian roommate said – fleshy green leaves. The summer is hot and on the endless beaches of the Riga coast, especially on midsummer nights when the sun barely manages to set, cannot be put into words. Even the early 2021 lockdown, thanks to my great Latvian roommate, couldn't dampen life in the Baltic metropolis. I highly recommend taking a Russian course, as it makes communication much easier, especially when doing errands at the market or when traveling, and you are always welcomed with warmth and friendliness.

In short: half a year in Riga and for a lifetime in my heart.

Outgoing-Testimonial, University of Lativa
In order to improve performance and enhance the user experience for the visitors to our website, we use cookies and store anonymous usage data. For more information please read our privacy policy.
Allow
Reject