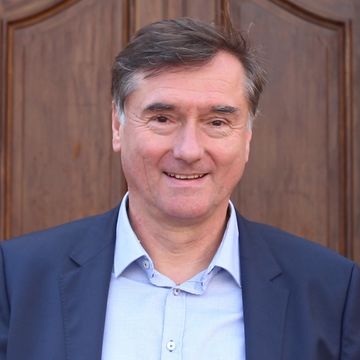 Professor Ulfried Reichardt holds the Chair of North American Literature and Culture at the University of Mannheim. He studied at the University of Heidelberg, Cornell University, and the Free University of Berlin, was assistant professor at the University of Hamburg and visiting professor at the University of Cologne. He was a visiting scholar at Columbia University, New York, the University of Toronto and the University of British Columbia, Vancouver, York University and the University of California at Santa Cruz and Santa Barbara. He completed his Ph.D. in 1988 at the Free University of Berlin (Postmodernity Seen from Inside, 1991) and his Habilitation at the University of Hamburg (Alterity and History: Functions of the Representation of Slavery in the American Novel, 2001). Further publications include Engendering Men (1998), Time and the African American Experience (2000), Mapping Globalization (2008), Globalization: Literatures and Cultures of the Global (2010), and Network Theory and American Studies (2015) as well as essays on the dimension of time and temporality in literature and culture, on American Pragmatism, on music in America, on diaspora culture and several US-American authors of the 19th, 20th and 21st centuries. He was principal investigator (with Regina Schober) of the research project “Probing the Limits of the Quantified Self: Human Agency and Knowledge in the Information Age,” which was funded by the German Research Foundation (2015-2018). Current research interests include the consequences of digitalization, of globalization and of the recent developments in the life sciences on subjectivity, the individual, and in particular on human knowledge, the concept  of the individual within comparative perspectives, the relations between music, literature, and knowledge, and specifically the authors William Faulkner and Richard Powers. In his teaching, he offers lecture courses that present a survey of American literary and cultural history as well as seminars on literature and economics as well as finance, the contemporary novel, American poetry, Americanization and global culture, “Writing Pop: Journalistic Approaches to Popular Culture,” the American philosophical traditions of Transcendentalism and Pragmatism, the construction of gender, and literary as well as cultural theory.